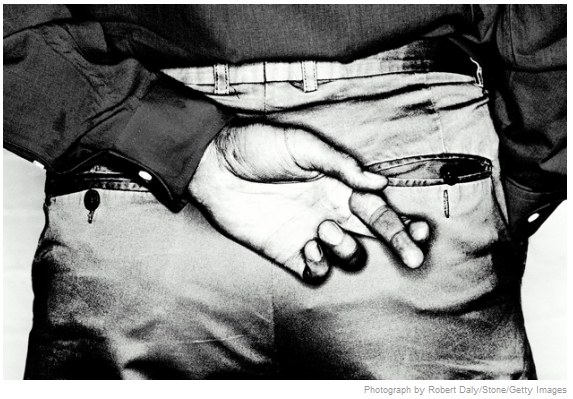 It was announced that Scott Thompson will step down as chief executive officer at Yahoo! He was unable to survive pressure from a major shareholder who had brought to light a “discrepancy” on Thompson’s résumé—a claim that he had earned a degree in computer science. In fact, he holds no such degree.

Most of the opining from columnists and bloggers has focused on trying to understand how the lie went undetected for so long. Blame has been placed on Thompson himself and on the Yahoo board members responsible for vetting him. In each case, the tone is indignation—how could someone seeking to be entrusted with the leadership of a major company be complicit in such an “oversight”?

The reality is that Thompson is simply today’s example of something that goes on repeatedly in job searches. Employers and employees frequently lie to one another in what is essentially an effort to speed up their relationship. Applicants lie on their résumés to enhance their chances of landing a job. And, though it receives much less attention than the padding of a CEO’s résumé, companies lie to applicants, too, about the true attractiveness of their vacant position.

Job applicants lie to enhance their credentials and create an edge in a competitive labor market. The lie often takes the form of an exaggeration about the meaningfulness of previous experiences, the responsibilities connected to positions held, salary, performance ratings, and a cornucopia of skills. They may even lie about hobbies and interests. Would your company culture welcome someone more who loves to travel, who embraces the risk of sky diving, or who volunteers at the American Society for the Prevention of Cruelty to Animals? You can bet applicants are working to figure that out. And it may find its way onto résumés, regardless of whether the volunteering ever materialized.

Lies aren’t always exaggerations. In the recession, many applicants have taken to lies that minimize their experience. Executive coaches are suggesting that gray isn’t good on either a head of hair or a résumé. Applicants are worried that employers won’t want to underemploy someone and incur the costs of training them only to see them get bored and leave—or to finally find the job they really wanted all along.

Employers lie about the desirability of positions, the quality of co-workers, resources available to support employees, the nature and speed of upcoming promotional opportunities, and the amount of autonomy an employee will enjoy. They lie about the company’s health, likely growth, and all that comes with that. Think about “recruiting lies” you’ve been told by your employers. It’s likely there was nothing meant to harm you, but certainly the lie was told to set the hook more firmly in your cheek.

Why lie? Actually, the “why” is easy: In both cases, it’s to create an edge. What is interesting is how easily the lie is rationalized. In this dance, each party is lying in an effort to secure a quality relationship. Applicants want every advantage in the competition for jobs; employers want every applicant to be excited about their offer. A relationship is inevitable—all it needs is a little push, a little reassurance. Some tidbit that breaks the tie among the options each party is entertaining.

These lies are offered to gain an edge when each party is sure they’ll be forgotten in the long run. After all, the employee truly feels skilled; the employer is certain they offer a great opportunity. In the end, when each party comes to know more about the other, these little lies will be forgotten. And sometimes we want to believe the lie: We are so intrigued by other aspects of the potential relationship that we welcome the chance to overlook—or not look too hard—at what might be a disqualification.

Like other intangible elements of the psychological contract that develops between employees and employers, the truth is sometimes traded cautiously between parties—with the endgame in mind. The fact that each party lies makes it easier for the other to rationalize their bad behavior. Each party is comfortable knowing their lie was committed with the other’s best interest at heart. As time goes on, some lies remain secret, others are revealed and forgiven, and still others create a tremendous mess when revealed. Ask Scott Thompson.

This case is newsworthy because Yahoo appears so snakebit when it comes to leadership. In Thompson’s story we see where the lies end. We think a bit more attention should be paid to where—and why—the lies begin. As long as employers and employees find it easy and appropriate to exaggerate what they bring to the relationship, it shouldn’t be a surprise that some secrets come to light. Thompson was playing a game that many have played. That he got caught might be a useful lesson that shapes the way the rest of us play.