Overcommitting to a CEO (or a Coach)

Home > Business Week Articles  > Overcommitting to a CEO (or a Coach) 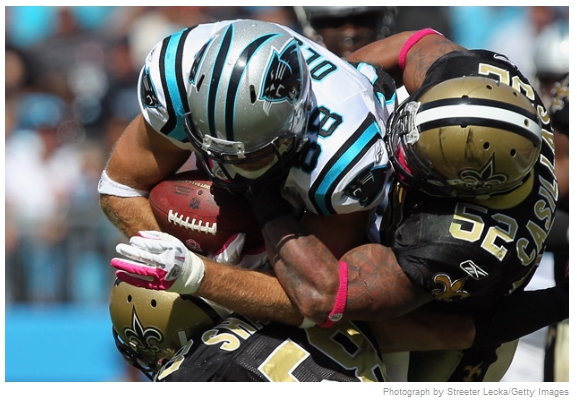 24 Mar Overcommitting to a CEO (or a Coach)

The T-shirts were available on the Internet just minutes after the National Football League announced the one-year suspension of the New Orleans Saints head coach over his role in the bounty system used to reward players for injuring opponents. Such an unprecedented ruling by the league creates a fascinating leadership dilemma for the Saints organization. Payton has been so successful as team leader that ownership has become unduly invested in him. Just as we have seen some corporate boards become too enamored of a flawed CEO—and as a result too tolerant of aberrant behavior—Saints owner Tom Benson is behaving as if he is too enamored with Payton. Holding the position for him is a mistake.

It is interesting to wonder if a high-performing team—and the Saints have indisputably been just that under Payton—can maintain the magic while its leader is performing a penance. Might the suspension motivate the players, creating a “win one for the Gipper” moment that lasts the entire season? The 2013 Super Bowl takes place in New Orleans, and Saints players and fans have already tweeted about how sweet it would be to see Commissioner Roger Goodell hand the Lombardi trophy to the Saints owner on the team’s home field.

Right now, Saints fans and the entire organization want to hunker down and defend their embattled coach. Unfortunately, Payton’s interests and the team’s are no longer well aligned. The coach was removed for behavior that casts doubt on the character of the entire organization. Expecting the team to perform at a high level during Payton’s one-year suspension is too much.

No matter how much good faith Payton built up rebuilding the Saints, he mustn’t be brought back. As painful as it will be for the organization and its fans to consider, the responsible option is for the club to fire him immediately. There are enough clouds over the Saints as it is, and uncertainty around leadership, no matter how beloved Payton is, will only make matters worse.

Getting high performance from a team starts at the top. That’s where Benson has to focus. In the end, Payton may not have deserved it, but long-term health of the Saints organization is captured better by T-shirts reading: “Fire Sean Payton.”