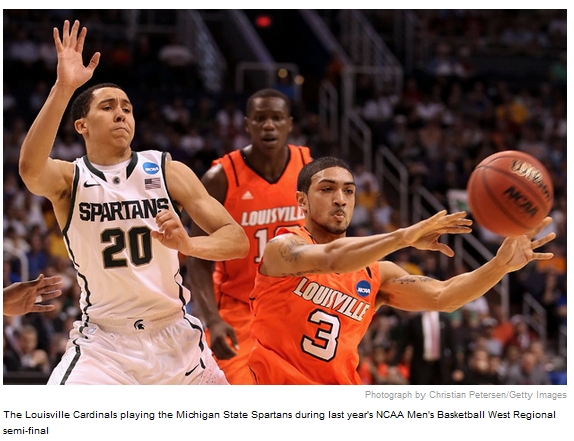 “March Madness” is upon us. Over a few weeks, millions will watch the nation’s top college basketball teams compete to become the 2013 NCAA champion. We’ll both be watching, too, but for a different reason. Neither one of us will have a team to cheer for; we won’t be tracking the progress of our tournament brackets. What we will be looking for are the opportunities the tournament provides to observe leaders that face great challenges.

Three elements of the tournament make it a great forum for observing leaders. The most obvious is the “win or go home” format. Coaches that have posted impressive regular season records often find their teams packing to go home after a very short March Madness run. At the University of Texas, for example, Rick Barnes led teams to the NCAA Tournament in his first 13 seasons. In nine of those seasons, his team did not survive the first weekend of play.

At the other extreme, there are coaches who are remarkable for their consistent ability to keep their team from fading under the pressure. Undisputedly at the top of the heap is Mike Krezyzewski at Duke. His tournament record boasts more wins, more Final Four appearances, and more championships than any active coach.

In the tournament, only a handful of 15 or 16 seeds have won opening games against heavily favored 1 or 2 seeds; even fewer have advanced much deeper in the tournament. Duke’s Coach K doesn’t always win; last year the 15th-seeded Lehigh Mountain Hawks shocked the 2-seed Duke. That same night, Norfolk State, a 15-seed like Lehigh, sent the 2-seed University of Missouri home.

Finally, the tournament also provides insight into not only the way a leader performs under pressure, but how he prepares his team for the same. The spotlight is bright; gaffes in the tournament can define a coach or a player for years to come.

Most famous in tournament gaffes, of course, is Chris Webber’s call for a timeout when his Michigan team had none during the 1993 Championship game. Michigan trailed by two in the final seconds when Webber grabbed a rebound, headed up court, and then called timeout, thereby drawing a technical foul. UNC made the free throws and won the game. It’s a leadership failure when a key player lacks full awareness during a critical situation.

As you watch the tournament this year, consider the way the coaches are demonstrating leadership before, during, and after the games. We have no doubt you will see things both to emulate and to avoid. Here are the lessons past tournaments have reminded us of:

Have you built a team that can win, or that can win it all? There are a number of coaches that can build a team good enough to get to the tournament year after year, but only a very small number can produce a team good enough to go deep year after year. The players change annually, so we can be confident that consistency in getting there or falling short can be attributed to the coach. In your work, which best describes you? Have you built a team that is not quite good enough?

You play like you practice. Legend has it that in the time out just before the famous last-second basket that propelled Duke over Kentucky in the 1992 East Regional, Coach K asked Grant Hill, simply: “Can you make the pass?” Hill said “yes,” so the coach asked Christian Laettner, “Can you make the shot?” Laettner said “yes.” The play had been practiced, the principals knew their roles, and they knew that they could execute. The play worked and Duke went on to win the championship. Have you prepared your team for moments like this, and are you able to demonstrate the calm necessary to allow team members to simply focus on executing their roles?

Strategy is always emerging. It’s well understood that planning is indispensable. It is equally well understood that plans often are outdated the minute the action starts. The tournament provides great examples. Games unfold in unpredictable ways. Opposing teams have their own strategies; players can unexpectedly end up in foul trouble; and so on. In your leadership work, how well do you recognize the ways that circumstances are always outdating your game plan? How able are you to help your team make the necessary adjustments?

Situational awareness is a key capability. If you want to avoid a mistake like that made by Chris Webber, focus on finding individuals with great situational awareness. Our experience with leadership-assessment reinforces the observation that there is no substitute for the ability to instinctively and immediately understand the way situations require adaptation. Have you devoted sufficient time to the task of helping people develop situational awareness so they can make the best “in the moment” decisions for your company?

The events that will help us remember the 2013 tournament are yet to unfold, but it is a safe bet that among them will be a number of lessons for leaders. Some of these lessons might involve a coach who rallies his troops to defy the odds; others might feature a leader who allows his team to snatch defeat from the jaws of victory. Regardless, the implications are there: We can all see ways to think and behave differently as leaders by watching how coaches and players thrive or wilt under the bright lights of the tournament.